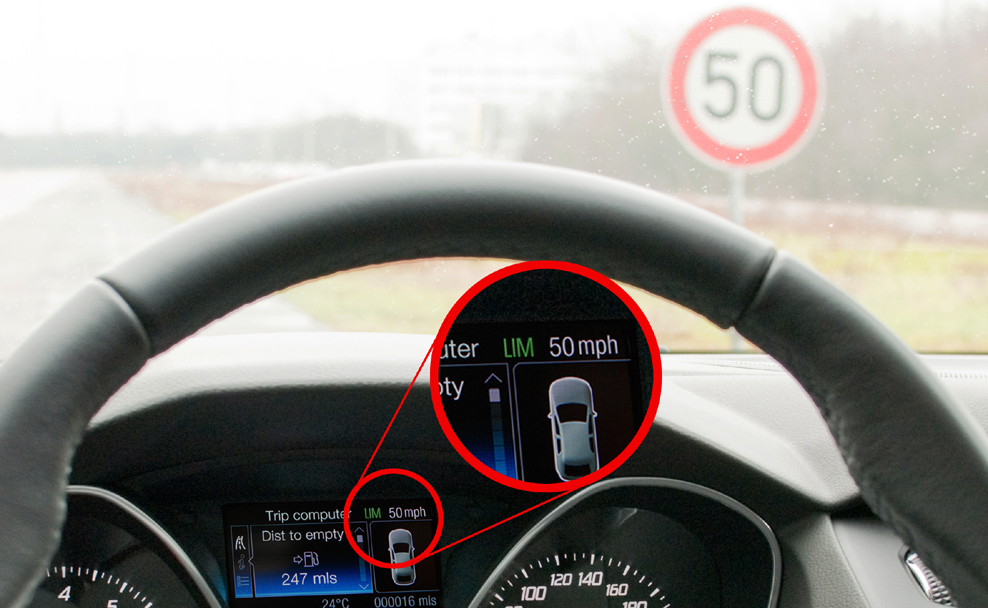 The speed limiter is a crucial device in vehicles like trucks. Specifically, if we talk about the interstate highways of America where trucks are at high speed.  Consequently, there are collisions of the vehicles. According to a survey in 2016, road accidents have been considered the 5th killer cause in Europe. The statistics have shown a high range risk of over-speeded trucks.

Why does my truck have a speed limiter? Due to high risks on the road, speed limiters are installed in a truck for security purposes and life insurance. Speed Limiters prevent the truck from going faster after a set point.

We can say that the speed limiter is a speed governor used to limit the speed of a vehicle. The sensor in this device tells about the speed after a certain limit. The process is done by taking fuel energy and spark needed for internal combustion.

Why Does My Truck Have a Speed Limiter?

The maximum speed for commercial trucks is 65 mph and 55 mph on urban interstates of America. The limit varies from 85 mph in rural states to 35mph in urban states. Advocates for speed limiters think that devices can reduce accidents and control the death rate.

A study explains that the trucks are involved in a higher rate of crashes than those who use speed limiters. It’s a fact that after using speed limiters, the crash rate is less than 24%. The speed limit between 60 to 68 miles per hour can save 27 to 498 lives each year. From a security perspective, many truck manufacturing companies install speed limiters in their trucks.

Most trucks have built-in speed limiters from the company. According to the speed limit rule, mandatory limiters are going to be fixed on all heavy vehicles and trucks to maintain speed. This rule will save hundreds of lives from injuries due to high-speed truck accidents.

How does a speed limiter work?

Speed limiters work along with computer systems. Software of the speed limiter integrates with the engine function. The control system receives data from sensors that provide information to the computer management. Then engine management follows these signals and results in fuel restriction. This process is effective for speed control without affecting the performance of the engine.

How do you override the speed limiters?

Can I remove the speed limiter?

This is the most frequently asked question. But the fact is that you can not uninstall the speed limiter. We can pause the speed limiter but it depends on the way of installation. The old speed limiters were just mechanical devices but the bold ones are electronic using computer codes. Modern trucks are using speed limiters that are set in ECM. The removal of ECM is usually not possible but if you own the truck, there is just one thing you can do. You have to buy a chip that will reprogram your truck.

Anyhow, risks are involved in reprogramming your truck that can break warranty offers.

In short, the main perspective of speed limiters is safety. Besides this, some additional advantages are necessary to discuss.

Below are some positive things about speed limiters:

The heavy truck can reduce its speed by one mph, which results in fuel-saving about one percent. Simply we can say that lower speed equals less fuel consumption.

As discussed above, speed limiters reduce fuel consumption so it means that less carbon dioxide will be produced in the process. As the truck goes faster it increases more environmental pollution.

As the speed limiter reduces speed so it will lower the maintenance cost.  Faster trucks will consume more fuel and damage engine function. The lifetime of an engine reduces with high speed due to the harder work you are taking from it. The maintenance of tires is also countable with the miles per hour. So speed limiters are effective for maintaining the spare parts of trucks.

The people who don’t like the speed limiter in heavy trucks say that devices are responsible for the actual problem. They give an example that if a truck is overtaking another one with a similar speed can create a rolling roadblock that will create a problem.

To conclude, we can say that a speed limiter is mandatory for a truck as well as other vehicles. The speed limiter devices control a large number of road crashes and injuries. It also saves fuel consumption and other maintenance of the truck.